← more from
Brainfeeder
Get fresh music recommendations delivered to your inbox every Friday. 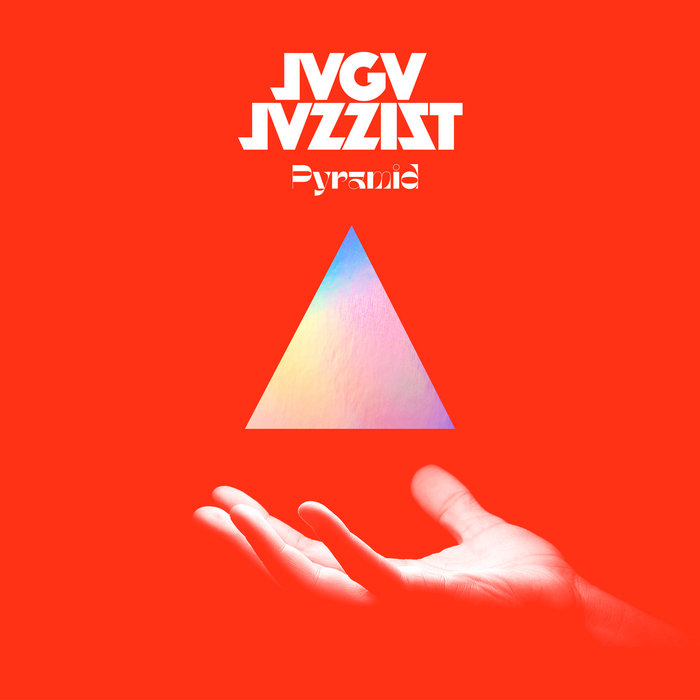 carpswamp It's so refreshing to have an album that takes its time, lets you get settled in, creates space, then takes you to different places. Especially with all the trends in music right now, this is such a breath of fresh air. It feels like new growth. Favorite track: Tomita.

Eric Gedenk Jaga is back with a vengeance. This album is already up there with my favorites they've made, and certainly counts among 2020's best.

Thomas Gelfer Cosmic jazz-fusion that grooves. Get a pair of good headphones and prepare to blast-off. Favorite track: Tomita.
more...

Jaga Jazzist return with their new album “Pyramid” on 24 April 2020, where the legendary Norwegian eight-piece takes a deep dive into post-rock, jazz and psychedelia influences. It’s their first album since 2015’s “Starfire”, their ninth album in a career now spanning four decades, but it marks the group’s debut on Brainfeeder, the LA-based imprint curated by Flying Lotus. On “Pyramid”, Jaga Jazzist have crafted a suitably cosmic sound to match their new label home, all the while nodding to forebears spanning from 80s jazz band Out To Lunch and Norwegian synth guru Ståle Storløkken, to contemporaries Tame Impala, Todd Terje and Jon Hopkins. Each of the album’s four longform entries evolves over carefully plotted movements, the tracks’ technicolour threads dreamily unspooling.

The band, led by Lars Horntveth and his compositions, took a direct approach to the creation of “Pyramid”. Whereas “Starfire” saw them take the idea of a traditional studio record to extremity, with different members dipping in and out of the booth to write, record and experiment over two years, the process behind “Pyramid” was almost the polar opposite: it took just two weeks. Both records were driven by the same curious, experimental spirit, but the processes were very different. Retreating to a secluded woodland studio in neighbouring Sweden, they bunkered into the studio for 12 hour days. “The most important thing is that we didn’t want to over-analyze every musical idea” says co-founder and drummer Martin Horntveth. “We wanted to follow the first and original idea and keep the freshness.” For a band which has never settled on any one sound or style, the continuity lies in their constant willingness to evolve, experiment and improvise.

“Pyramid” is Jaga Jazzist’s first self-produced album (most of their records being produced by close collaborator Jørgen Træen) and it meant a change in the way they operate. On the one hand, there were lots of different voices jostling to be heard. On the other, they didn’t have an independent figure to make a call on whether something was a good idea. “It was hard but felt natural to do ourselves, as five of us are producers and make records for a living,” Martin says. The result is an album that feels more collaborative than ever.

Whilst they wouldn’t describe “Pyramid” as a concept album, the band see the track titles as a conceptual starting point from which the listener can construct whatever story flows out of the songs. The album title refers to the building blocks which make up a pyramid, and how each of the four tracks – and their constituent parts – fit together. ‘Tomita’ is a nod to Japanese composer and synth player Isao Tomita, and ‘The Shrine’ alludes to Fela Kuti’s legendary Lagos venue. Lars says: “I felt that this album is a small symphony, each part containing its own rooms to explore.”