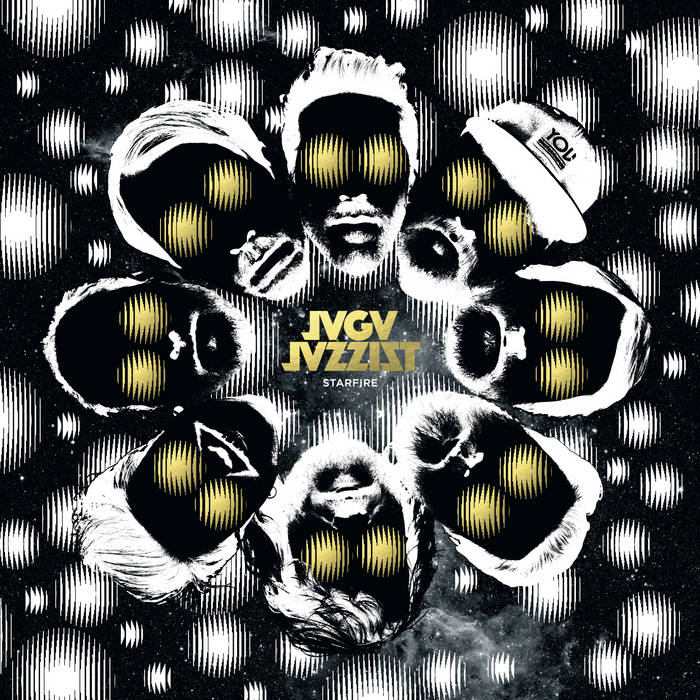 Amanda Falke Is this real life? This music honestly makes me ask that question, because it's so good it's unreal. It's incredible.

Colin M. My first exposure to this great group, and what a start it was. Electronic-laced jazzy fusion goodness from first note to last. Highly recommended! Favorite track: Big City Music.

Clickslither The Big City of this album is hip, bustling, mysterious and glorious. Fantastic imagery on each one of these slowly evolving tracks, going down back alleys only to explode on to the neon avenues and swanky corridors of power. Favorite track: Shinkansen.
more...

When the biggest stars in our universe begin to burn up and collapse they release neon gas. When electricity is passed through neon gas it glows. When it’s captured within glass we can use it to make coloured light. When that glass is shaped into the outline of a naked girl it can be hung outside a strip club. In this meeting of the celestial and the profane, the epic and the particular, lies Jaga’s new album Starfire.

In December 2012, Jaga’s main songwriter, Lars Horntveth, left Norway and moved to Los Angeles. There, on the other side of the world, inspired by the space around him, the size of the sky above him, the endless light flashing past as he drove round the city at night, he began composing the new suite of works which would become Starfire. Periodically he was joined by other members of the 8-piece band who would lay down their contributions in his apartment/studio before returning home to Norway. When the basics of the album were in place, he went back to Oslo to finish the record in the professional studios that the band had built and furnished over the years.

The result is a revelation — in itself no mean feat for a band with a twenty year history. After the more heavily scored work of One Armed Bandit and Live with the Britten Sinfonia, Starfire moves to a more experimental studio-led approach - "The idea was that we thought about the songs as both the original song and a remix in one" - morphing each song into a variety of sonic directions. With an increase in the use of electronics and the guitar work of Marcus Forsgren given new prominence, it’s probably the least straightforwardly “jazz” of their records. Instead, all the elements which have made them such an important band—the way their technical chops combine with the kind of mutual sympathy which comes from growing up together—are here melded into an utterly unique sound on what could turn out to be the group’s crowning achievement.

Centering around the Horntveth siblings (Lars, Martin and Line) the eight piece band Jaga formed in 1994, when Lars was still only fourteen. In their two decades of existence they've released five studio albums, one live album, five EPs (CD and vinyl), one live DVD and now a box set. Five of those eight original members are still in the group and all this has contributed to the group’s deep mutual understanding. Add in a guest like Leon Dewan, who plays his own Swarmatron on ‘Shinkansen’ and Lars’ increasing use of a Pocket Piano synth as a tool for composition and you get the basis of a more hard-edged, electronic sound, perfectly melded with live musicianship.

Starfire is a beautiful, visceral, utterly exhilarating piece of work that keeps spiralling up and away, structurally complex, musically rigorous, but without ever losing touch with a certain earthy sensuality and human sympathy. It could just be Jaga’s masterpiece.

Featuring Gary Bartz, 5 years of Rhythm Section Intl and an LP of the week by Nicolas Jaar